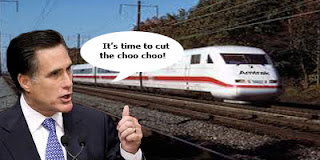 Mitt Romney has been maintaining a steady second place in the Republican Primaries, despite his vacillating stance on most issues. His tax plan is very much an example of this flip-flopping. Being a Republican, he is very much for bigger tax cuts and lower deficits. Yet, he can’t seem to make a firm stance on what it would take to make these competing objectives work together.

What tax cuts does Mitt Romney want?
Every Republican candidate has a laundry list of what taxes they would like to cut, if they were given the power. While Mitt Romney seems content with simply extending Bush Era tax cuts and maintaining marginal rates at current levels, he does have his own catalog of tax cuts as well. His tax plan would:

His tax plan also includes a “territorial” tax system. This means that any money you make from outside of the United States would not be taxed. Corporations that do a lot of business in other countries wouldn’t have to pay a penny of taxes on what they earned with this tax plan.

Would Mitt Romney lower the deficit?
In short, Mitt Romney wants to cut Federal programs and 10% of the government’s payroll. He feels that government employees are overpaid in comparison with the rest of the country. He also feels that Federal spending should be cut from programs like Amtrak and the National Endowment for the Arts. His tax plan calls for a $500 billion cut to federal programs. He contends that he likes these programs, but feels they are unessential. And, in his words he doesn’t want to “borrow $1 billion from China to pay for them.”

But, will these cuts in spending be enough to lower our deficit with all of the tax cuts that Romney would push for? Maybe not, but so far he seems to be the only Republican candidate truly concerned about not making our deficit worse.